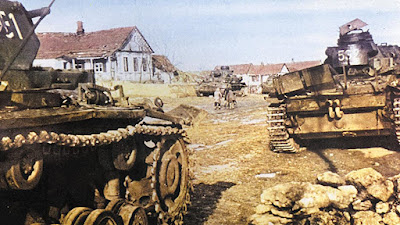 I have decided to start keeping some proper notes on references for the Russian Front (Great Patriotic War if you prefer) so I can find them later on.

In this first installment, some references on useful but uncommon subjects.

Not a subject I am familiar with but a very interesting video from Bismarck (Military Aviation History channel).

And one of the source documents he uses (the RAND Report on Luftwaffe strategic bombing).

Another subject that I must admit has not been on my radar since playing the Russian Campaign. A very useful article on The Influence of Railways on Military Operations in the Russo-German War 1941–1945.

And a couple of useful references:

There are some points of accuracy to explore on these but nonetheless, very helpful. Possibly a clue about my current project.

More to come in due course!