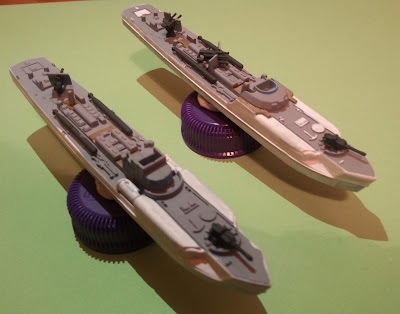 Well, it is that time of year again. Just a quick post to say Happy Christmas to all in Blog Land and do a quick pre-Xmas round up (pending a more fundamental review of priorities in the New Year!).

Well, as you can tell from Cruel Seas E-Boats above I have got the free ones from WI and am giving them a paint job. They are not yet finished but it is very enjoyable to have a straightforward task to play with that requires little brain power. I just wish I'd got the Vospers as well. Never mind.

Not directly related to Cruel Seas, I have been reading two of the best ever books about the First World War at Sea. 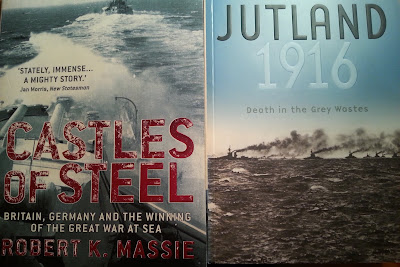 They are great in every respect and better on the second and third reads. I'm reminded of some DBA type naval rules by Colin Standish in the old WI (when it had articles in it). Something to ponder for next year but it would have to be 1/6000!

Actually there is a big read across the Cruel Seas as I'd love to mount a destroyer attack on the High Seas Fleet battleships and sink a few with torpedoes.

Note to self, I must get Robert Massie's book Dreadnought, the pre-WW1 arms race is extremely interesting and has a few learning points for today.

3. A short history of hexes

As someone who generally favours hexes for wargames I have been very interested in a couple of recent blog posts. The first, from which the picture below is taken, is by Jon Petersen and it tells the story of wargaming in occupied France in WW2. I picked this up from Battle Game of the Month. 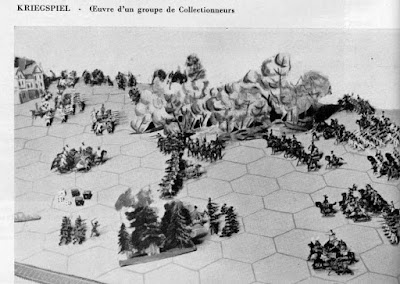 An interesting story in itself, not least because of the number of the group's members who were killed, wounded and imprisoned by the Germans during the occupation. From a hex and wargames point of view, the story suggests that the French group started using hexes in 1939 and this later became the basis for their game rules designed in 1943. One of the pictures in the blog looks very familiar! 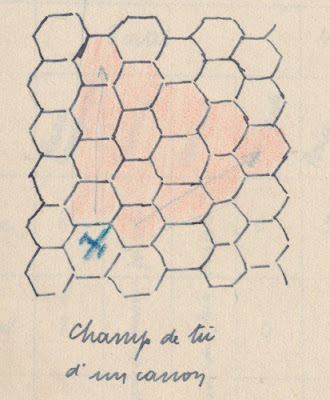 This was a particularly interesting find because I have been rummaging around in the RAND organisation publications following a reference on BGG and found their first hex based game was in 1952. Interesting that the French were well ahead of the University of Imperialism as some people call the RAND organisation.

I had completely failed to notice the hit indicator passing the the 100,000 mark. I suspect this has much to do with the Russians and/or the Chinese but my thanks go to all of you who have read and commented on my blog this year, I'm grateful for your supportive and helpful comments.

I'd also like to flag up some of the blogs that I regularly read because of their interesting content and irrepressible enthusiasm:

and not to forget all the others I read and enjoy.

All the best and Happy Christmas!
Posted by Old Trousers at 19:50 3 comments: