I hope everyone has had a good Christmas and a happy new. I have taken a bit of time out to recuperate after a very busy year. As part of the usual festivities, I greatly enjoyed Norm's annual Xmas post. A great tradition that has replaced the Queens Speech in my house.

First up it is necessary to record my abject failure to take part in Capt. Kobold's 6 by 6 challenge (play six games six times each). And thanks to the Capt. for not mentioning my failure in his annual review. I had chosen to play six games largely focusing on solitaire techniques. However, immediately after exposing myself by volunteering I got involved in a number of projects which I greatly enjoyed and which took up a big chunk of my time.

I developed Op. Icarus for the fantastic Tiny Battles outfit...... 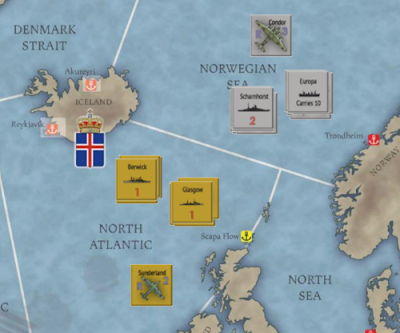 This was a real challenge and a great learning opportunity.

I then did some play testing for Steve Kling of the Historical Games Co. 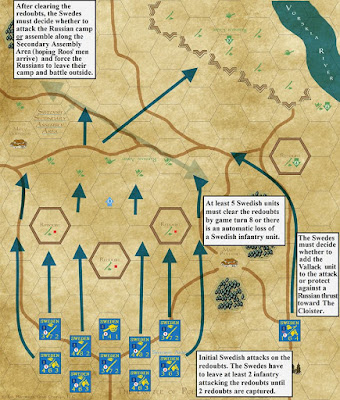 First up was Poltava which was released as a freebie for an exhibition at the Swedish Army Museum and went down very well. Second was working on Steve's design for the Battle of St. Louis (1780) which used a similar system. I don't think this has been published as yet.

And then some further play testing for Dave Kershaw on his Albuera game which has not yet been published but will no doubt appear shortly. 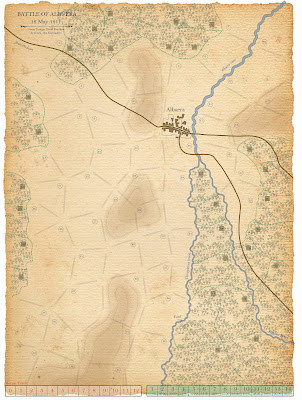 All in all, very challenging and a lot of fun.

On my own design front, I adapted a couple of excellent rule sets put together by Peter, a guy that knows how to design brilliant mechanics. First was Glorious Morning, adapting Peter's AWI rules to a hex grid format. 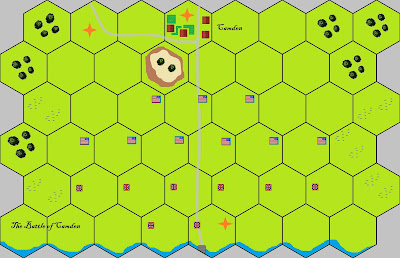 I'm in the process of working up some small scenarios for Glorious Morning using a small hex grid with counters to cover the Southern Campaign. This one is for Camden but is not yet finished. I'm having trouble with the number of units and the scale of the grid, just needs further thought.

Second was Ground Zero, this uses a great activation mechanic that I borrowed from Peter adapted to a hex grid and to modern warfare. This is definitely not yet finished. However, I am greatly enthused by the adoption of the mechanics by Duc de Gobin and friends to Vietnam. 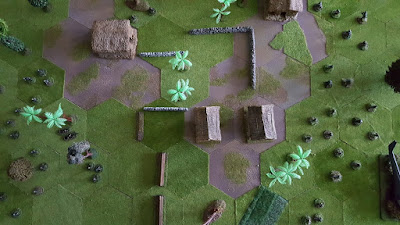 The last project I started last year was Steel, Steel, Steel.  This is a solitaire area game of the Southern Front at Kursk. I've been working on this since 2013 and I'm determined to get it finished! 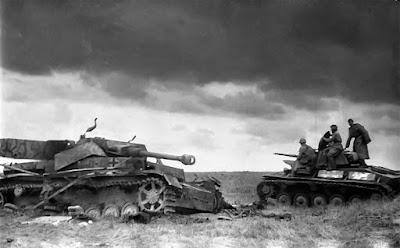 Given how unsuccessful I was in my forward look to last year, this year I will mainly be planning to finish the scenarios for Glorious Morning, complete the work on GZ and look at a Vietnam version and also to get to grips with Steel.

In readiness for some top quality brain work on these designs I have spent Christmas reading the collected Hammers Slammers novels. I have also been doing some literature research on combat values which, unfortunately, leads me to the conclusion that no one actually has the remotest idea about how to model modern combat. More on this later (and probably at great length).

My last thought for this post is that I am looking forward to a couple of really interesting things.


The last thing to say, but I should have probably said this first, is thank you to everyone that has read my posts, commented with helpful and constructive thoughts and has kept my enthusiasm up. Hopefully 2018 will be a good year for all of us!
Posted by Old Trousers at 20:35 5 comments: