When did WWIII start?

Happy winter greetings from the SAM 2 crew!
Never, perhaps, in the post-war decades has the situation in the world been as explosive and, hence, more difficult and unfavourable as in the first half of the 1980's.

It is perfectly feasible to play a WWIII wargame, of any type, predicated on any number of start dates. Which date would you choose?

According to GDW’s Team Yankee, it was 1987. Battlegroup NORTHAG says 1983. Seven Days to the Rhine aims simply at the 1980s. Interestingly, The Red Effect by Harvey Black says 1984. Are any of these dates more likely than others and does it actually matter?

For most people I imagine, it doesn’t actually matter. Pick the rules you like and use the kit you fancy. If you want to use Conquerors to blow T-10s to molten slag, the answer is to come up with a rules set that covers these vehicles and figure out as much of a narrative as you need to set the scene.

For me, I like to play a game in which both sides have a believable narrative as to why they are fighting. The “historical” start date then sets the conditions in terms of force strengths, equipment types etc. The date is key for me because I’m writing my own rules and need to have an envelope for the kit and the tactics. The rules will cover only what is necessary and I will only need to find the specific models for the game. That keeps it simple all round and stops me going off at unnecessary tangents. 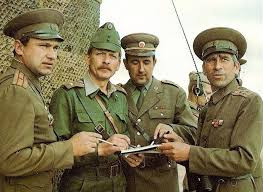 I think 1984 is probably the last date at which a genuine WWIII could have broken out in Europe, but also probably the most likely. Could it have occurred earlier? Yes, certainly. There were many periods of extreme tension, starting with the Berlin Blockade in 1948, which could have sparked a war in Europe.  However, 1984 represents the culmination of a number of developments which pushed the possibility of conflict right up the scale.

Effectively, Reagan started the war threat rolling in 1980 and cranked it up with Star Wars. Andropov, KGB Chairman in 1981, responded with a massive project to obtain early warning of a US first strike (Op. RYaN) and this response continued when he took over following Brezhnev’s demise. 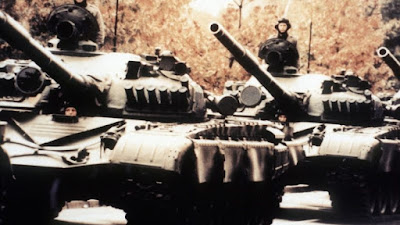 Here we come, ready or not!

What pushed things to the brink of war was the 1983 NATO exercise season. Although often referred to as Able Archer 83, that exercise was only a small part of a series of exercises under Autumn Forge 83. These started in September and ran through to November 1983. Able Archer was the final component. Autumn Forge was a massive exercise involving a full test of the reinforcement plan for NATO (Reforger 83) and also extensive planning of B52 “strikes” including the transmission of nuclear codes.

From a Soviet point of view, this was a close to NATO war preparations as they had ever seen. There is the possibility. therefore, that a Soviet pre-emptive strike could have been put in place for 1984 for use if the threat of a US/NATO strike was detected. This would have a been a standing start attack into West Germany with a view to disrupting the attack on the WP but with the advantage that it would shift the Iron Curtain further west and make far more difficult for NATO in future.

All of this would, of course, totally ignore the possibility of nuclear and chemical exchanges, the scale of military and civilian casualties and the long term damage to the countries involved. Luckily for us, this did not happen, phew!

So, what does this all this hot air mean then? Deep thinking on WWIII tactical OHW (possibly called Red Effect: Tactical). More later....in the meantime, Happy New Year! 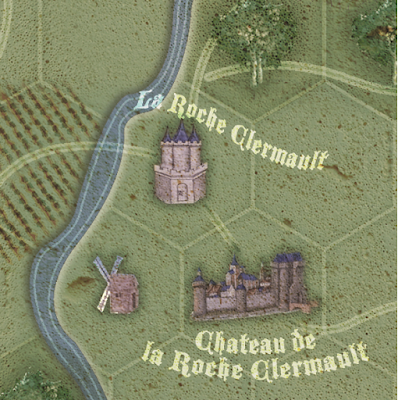 Condiments of the season! Hopefully things are well with you all.

I have been very unproductive in the last few months so, in lieu of anything new from me just at the moment, I present some interesting, and free, stuff for your entertainment.

Les Guerres Picrocholines A small game from Nuts!, and one I have had my eye on for a long while. Based on the famous adventures of Gargantua and friends by François Rabelais (1534). Nuts! have this up as a free print and play here.

Punched magazine A new on-line wargames magazine with a game in it(!). The first edition is here. The game is Gravelotte 1870, an interesting little rock, scissors, paper game. One that looks like it could be very adaptable to other times and theatres. Invading Russia 1941 perhaps? Well worth checking out.

Able Archer I have been remiss in picking up the Rapid Fire Reloaded rules, on the list for next year. However, I have been tinkering with an interesting RF adaptation covering the cold war. You can find these rules on the Free Wargames Rules website here. Able Archer is a subject I intend to return to in the spring.

Peter's WSS rules Last but not least, Peter has published his draft WSS rules, a bit hidden away here. Brilliant!

Back in the New Year.