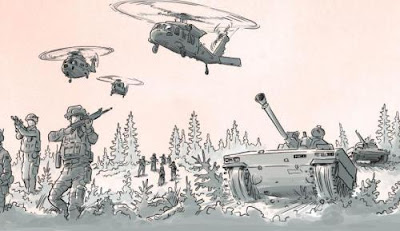 Not war in the Grey Zone (well not yet!) but the latest civil defence advice by the Swedish Government entitled "If Crisis or War Comes". A fascinating document, it reflects the increasing unease in Scandanavia and the Baltics about Russian posturing. Among the interesting things it says is that everyone from 16-70 is required to contribute to Sweden's Total Defence, in the army or civil organisations. It also makes the very striking statement that:


If Sweden is attacked by another country, we will never give up. All information to the effect that resistance is to cease is false.

As a child of the Cold War, under the very realistic threat of nuclear weapons, I recall being rather concerned about the public information films on TV. Not the namby pamby Protect and Survive but the "you have got four minutes from when you hear this siren!". Makes you think!

On the happier and safer wargame front, first up is some interesting news from Worthington. Not only are they prepping a Hold The Line ACW game but now they are working on:

Not sure if this won't look a bit like Columbia's Combat Infantry but nevertheless right up my street!

The other new thing is Tiny Battle's Dark War. 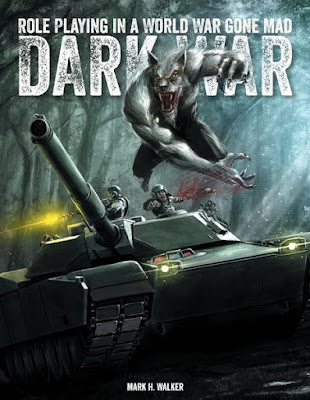 It is an RPG and has vampires and stuff in it, so not my normal sort of game. However, it is set in 1985 in a small German town in the aftermath of a Hot War and is a small scale skirmish game with AK47s and RPGs so has a very Twilight 2000 feel. It also has stands so you can make your counters stand up (standees!). I like that idea very much.
Posted by Old Trousers at 20:13 4 comments: 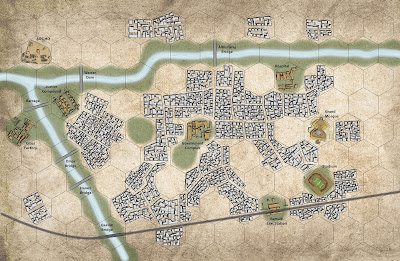 Having fixed my PC I'm now back in action. My first priority is the project related to the map above.

This time last year I worked as developer on Operation Icarus, the Tiny Battles game of the potential German invasion of Iceland during WW2. I found that a very difficult introduction to the world of real wargames. The game was very complicated and much work was needed to make it playable by people other than the designer. As publication approached I became extremely worried that, despite all of the tweaking and re-writing, the game would flounder. All it needs is some smart people to point out some obvious but overlooked faults for a game to crash and burn. Luckily that didn't happen and Tiny Battles shifted a good quantity of games. Phew!

This time round it is my own game on the Battle for Ramadi 2015. If anything, this is making me even more nervous. Luckily I have the support of the brilliant Mark Walker (Tiny Battles and Flying PIG Games) and Ilya Kudriashov, artist extraordinaire. The above is Ilya's first go at converting my map art to a proper map and it is looking great.

Updates will be posted on the Tiny Battles Facebook page. Fingers crossed it will be alright on the night.
Posted by Old Trousers at 20:50 3 comments: