And not without some diversionary activity!

Earlier this month I completed my first attempt at turning Neil Thomas' Napoleonic rules into a hex based game using an 8 by 6 hex grid. I have now had a chance to reflect on this at the seaside and have brought home some further thoughts as well as lots of extra sand....


One of my earlier issues was how do I test out the rules before my Wurttembergers are ready? The answer is to knock up some counters and play on a hex map. I found that the map I drew at the beach bore a close resemblance to the battlefield of Waterloo so that is what I have ended up doing. I have also developed an OB which sees 14 French units battle it out with 13 Anglo-Dutch and Prussian units. More on this shortly. 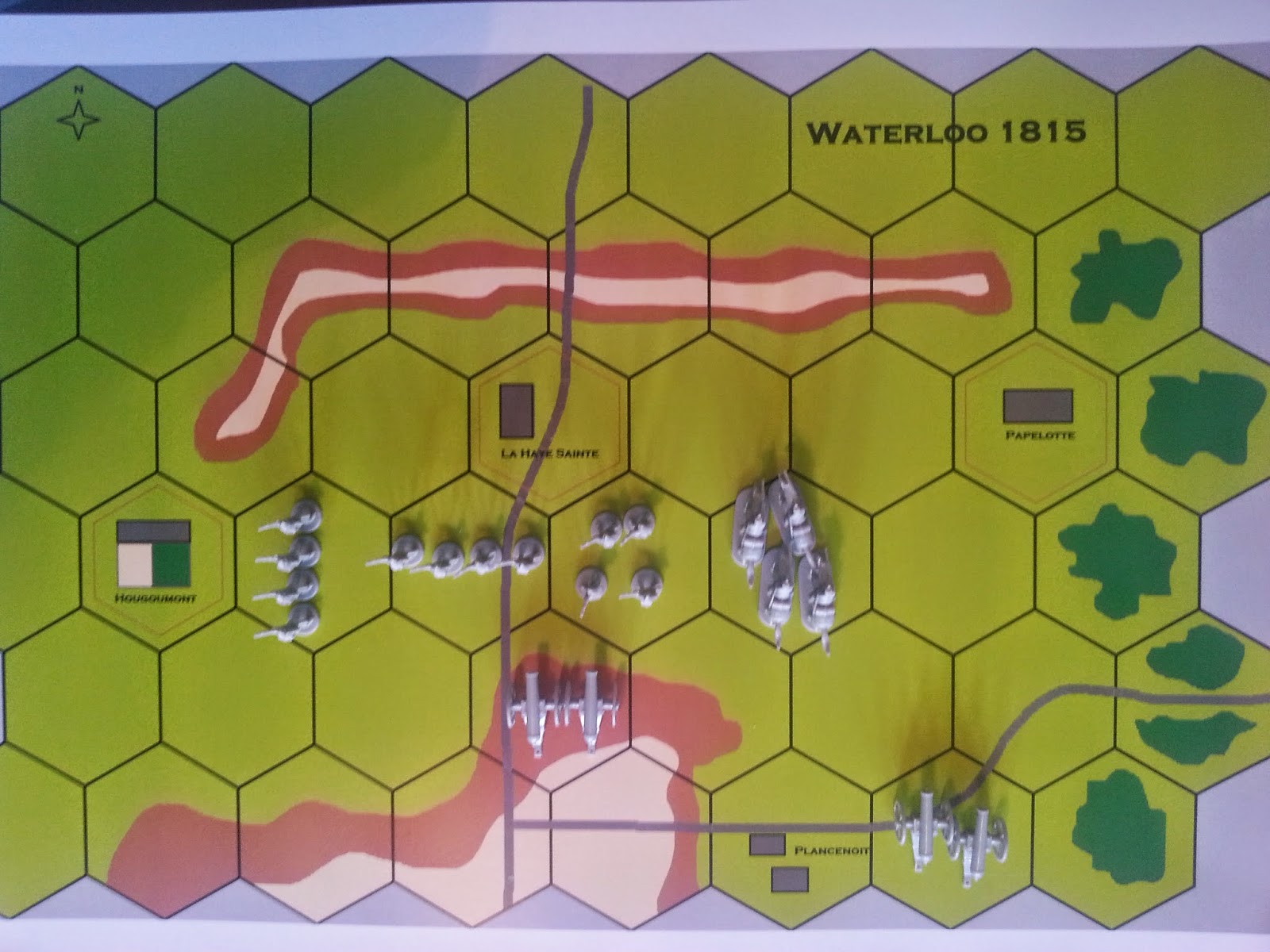 One solution is to simply use the tiny chaps from the Worthington Games' 100 Days game as illustrated above. This looks good and formations can be shown. Another option is to make my own counters. I have had a go and come up with some nice Austrian and Bavarian types.

These are based on nice images from the Junior General website and these are by Daniel Harper and J Bignell respectively.

Last, but definitely not least, I have pondered the rules and made some changes in the new v2. I have reduced the movement distances for cavalry and have generally made it easier for units to change facing as well as removing quite a few other restrictions. As with the first attempt, the idea is to have a simple game with lots of rock, scissors and paper effects. We will see how these play out but I suspect further work will be needed.

I'm following this with interest. I note that your proposed armies are bigger than Neil's sacred 8 units per side. I have Neil's book, and quite enjoyed it (though he appears very defensive about his rules throughout, which gets a bit tiring after you've got the idea), but i must have missed the part about why the battles had to be so small - if you're scaling it up a bit then you may hear me cheering in the background!

Jay, I will be following this with interest. I have Austrian and French 1809 forces in the painting queue. I used Neils rules with GMT's Command and Colours game parts, so did some hex conversions rules for that, they are on my blog under the variants label - there may be something there that helps. Norm.

Hi Tony, Thanks for the encouragement. Extending the scale and number of units is a by product of choosing to use Waterloo as a test bed. I could not overlook the Prussians and neither could I omit a decent force for the Imperial Guard. At least I have an idea of what happened at Waterloo so it should be a really good test of the rules.

I think Neil is defensive because he knows he is not operating in the button counting arena. Hopefully he is a bit more confident after the good reception his C19 rules got. Cheers Jay

Thanks for reminding me about your earlier post. I have read it again with interest. I like the way you have summarised the rules so will learn a lesson from that. Looking forward to seeing what you do with your Napoleonic rules.

I played a test game using your adaptions last night - report is here:

but we enjoyed the game and are looking forward to trying it out again.

Its really good to see these rules in action and I'm glad you enjoyed them. Keep the feedback coming, I'll take your comments into account in enhancing the next version.