Guys, thanks for your contributions. It is really great to get so much informed feedback. As last time, I'll try to carefully pick through the comments and see where we need to go next. The full comments are at the foot of the last post on this subject so these are edited highlights. Once I have got things straight in my own head I'll have a go at revising the conversion guide. 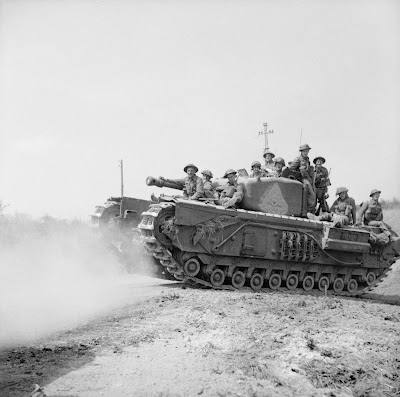 Conversion guide or new rules: Duc suggested the guide might be evolving into a new rule set. Longer term this might be a way forward. My concern at the moment is to build on what Ivan is doing already and not to repeat in the guide any of the main rules. I do wonder whether, in future, there might be scope for a "SixCore" version (five core principles and six hex sides!), effectively a simplified, hex based and more gamey version of the main rules. Worth a ponder I think and a discussion with Ivan.

Platoon orders: Ivan's view is that units near each other can activate on the same activation point "So on a hex-map, 3 squads strung out in adjacent hexes could move together, but if you start spreading them out (or they get pushed back), your command/control starts faltering."

Movement rates: Everyone seems cool with the proposed movement rates. Ivan says: "I agree with dropping "slow" tanks to 1 hex. Seems them crawling along at the same speed as the infantry would make sense. (and for things like the Valentine is probably about as fast as they'd go anyways)." Duc's view is: "Spot on with movement - tactical movement is the order of the day. Perhaps allow move x2 when outside enemy range."

Peter has suggested: "1) all movement where the moving unit can be spotted by enemy units is one hex. This would represent caution forward movement or short stop start sprints between cover. Where unit cannot be spotted then infantry move one hex and tanks, etc move two hexes." I like this, it comes from Tigers at Minsk and relates also to the hesitation roll used in Minden's Retro rules (really obscure Squad Leader territory here). "2) slow units just move or fire, and faster units can move and fire. This way you differentiate between unit movement capabilities." Brilliant!


Obstacles: For obstacles, Ivan's view is that: "if they fail a "crawl' test to cross, leave the die next to them and next turn they cross automatically. Normally, I would be against tracking that but we only have 8-10 squads to deal with, so its not too bad. Alternatively, use the positioning inside the hex to signify it. Place the squad in the middle normally and at the edge when they are half way through." Norm's thoughts are: "I am glad we have had the discussion about rolling to enter a hex, with the issue of repeatedly failing to pass and in effect being stuck. the obvious solution is to automatically allow the movement on the following turn ......... I will now go and apply the 'obvious' rule to my own Tigers design, as my vehicles have to dice to enter woods." Duc suggests: "Perhaps roll for units to 'leave' terrain - meaning they can tend to 'hug' the cover if poorly commanded."

Facing: Not in the original rules but this has now come up. Norm, being very tactical, has told me: "I am just going through my Tigers at Minsk rules and having previously had all vehicles always facing a vertex, I am now dealing with the reality that roads cross hexsides, so a vehicle using the road will actually be facing a hexside and not a vertex. accepting this rather than by attempting to fudge it actually helps, because the new facings generated by hexside facing (only 1 front hex but now 4 flank hexes) makes the vehicle following a road more vulnerable to flank shot and less effective in their own front arc - this feels right." Norm's latest version of Tigers at Minsk can be found here. Duc thinks that: "I always thought facing a corner was simplest and could allow clear flank and rear facings."  For me, the jury is currently out since facing adds complexity but, on the other hand, allows nice side shots at Panthers.


Excellent. I have one more day of the Easter holidays tomorrow and may have time to have another crack at the guide, Further suggestions and feedback very welcome. Cheers.
Posted by Old Trousers at 20:55

On facing, I'd be inclined to use the Battletech method:

Vehicles face a hex side (which as mentioned fits many hex map roads). The two facings on either side of the front are also (front), the one opposite the front is rear and the two adjacent to the rear is left and right (if that makes sense?)

As far as spin-offs, I am very open to that.
We'd have to bash out details but I don't see why not. If it was commercial, and heavily based on FiveCore, I'd want a small cut of any profits. If it's just taking some ideas and going somewhere else with them, then that's all open season :)

Looking forward to this guys. Comments very exciting. Sign me up for a playtest ;)

The only thing about using hexsides rather than a vertex to establish the front facing is that flat edges create a forward arc of 3 hexes, which in turn on a small board makes flanking shots and positions harder to achieve.

Another advantage of the vertex is that it can be universally applied to earlier periods, which looks better in creating straight lines for armies and looks more natural. - not that this matters to the conversation here, but gamers who are not used to hexes, like standardisation and some approach hexes from the Commands and Colors series., which does that, so vertexafter are already 'learned' making it easier to 'read' the board.

I notice that the Kallistra rules (who make Hexon terrain) use both Vertex and hexsides to give 12 points of facing - interesting though very rare in the boardgame industry (an air game is the only one I can think of).