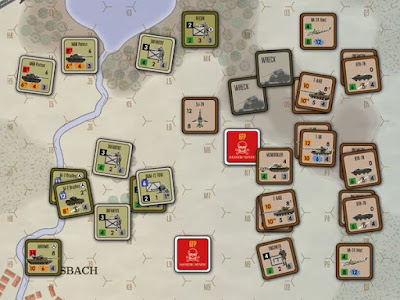 I'm very excited to see how this new game from Flying Pig is coming on. A development from their Platoon Commander series, The Long Road is full on WW3 1985 style with a large number of linked scenarios. Due spring next year and definitely on my present list (I'll invent an extra birthday at the right moment!). 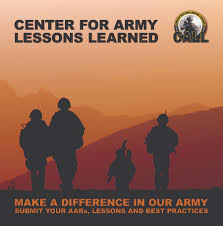 It is remarkable how in-depth research can appear to the uninitiated as sitting about drinking beer. Indeed, I have been researching very hard and am busy digging up some interesting modern tactical stuff.

One great source is CALL (Centre for Army Lessons Learned). The 17-02 Newsletter (December 2016) is called "Decisive Action Training Environment at the Joint Readiness Training Center, Vol. XIV: Company-level Combined Arms Maneuver". At JRTC (Combat Training Center, Louisiana) the OPFOR is provided by 1st Battalion, 509th Parachute Infantry Regiment who rough up in fine style all units put through the training routine. The hard lessons learned are fairly brutal as shown in this example:

How Can I Best Plan Where to Employ My Weapon Systems? ....an infantry company was tasked with establishing a blocking position on a high-speed avenue of approach near Hilltop 95. The company commander was able to position key weapon systems far enough away from the blocking obstacle that they could be effective against the planned targets. One critical deduction missed was that these weapon systems had no line of sight due to vegetation. The enemy was able to move through the blocking position’s dead space and destroy the company.

Other lessons that are really interesting are:


And the real gold dust for all wargame designers is a table entitled: Analog tool for commander’s reference in determining munitions requirements for a given task (i.e., enemy suppression). Basically this shows realistic ranges and fire suppression rates (effective range with a 50% probability of a hit):

The only weapons with a long reach deployed by infantry themselves are 60mm mortars and Javelin missiles.
Posted by Old Trousers at 20:32

Excellent post:
1) Really looking forward to the 1985 game
2) Marlborough still has something to show the kids about logistics
3) I knew WRG ranges were b.s. all along !!

There are some great wargaming nuggets out there if one knows where to look. I am consistently referencing the FM-7 series for small unit tactics references and the old stuff on Soviet organization and equipment is outstanding.

Thanks for your comments. I agree, the field manuals are essential reading for tactics. I also think that is should be mandatory for wargamers to visit the countryside and try to figure out how far they can actually see without being interrupted by trees, scrub, rising ground and everything else that litters the real world. It would be even better if we could make them carry a large amount of ammunition and see how keen they would be to shoot it off in a short period of time and then have to go and get some more!